They say you never can tell where you will find love or who you will find it with. This is the story of a young man called Richmond. Richmond, was casually scrolling through his facebook account one day when he saw this beautiful, innocent-looking and captivating young woman. His heart was immediately drawn to her. He could not tell what exactly it was, but he knew he wanted to get to know her. And so he took his chances, sent her a friend request, and waited anxiously for her to accept it.

Hours later, his phone beeped and there it was, a start to a beautiful friendship staring right back at him from the screen of his iphone: the notification that read Lovelyn just accepted your friend request! His heart leaped with joy. With smiles dancing on his face, he sent her his first ever chat. And just like that, that friendship started.

They started up with few chats in between days, and then progressed to chatting everyday. And before they knew it, they could not go hours without texting each other. After some time, their friendship blossomed to a romantic one. The only problem was that they had about 8000 miles between them. Richmond was based in the United States of America while Lovelyn was in Kenya. However, this distance did not stop their love and feelings for each other. Their love kept growing stronger and stronger with each of them making the other very happy.

Richmond would often buy gifts and send to Lovelyn and even send her money sometimes just to keep assuring her of his love and commitment to her. Oh how Lovelyn loved Richmond and just couldn’t wait to meet him and spend the rest of her life with him. Yeah, they talked about getting married even though they have been dating online for almost 2 years without ever seeing each other except on video calls.

Two years after the very first chat they shared, Richmond finally traveled to Kenya to see and get married to the love of his life. It was also a homecoming for him because his country of birth is Kenya. Lovelyn was the happiest woman on earth. Their wedding was glamorous and one could literally feel the love in the air because of the smiles and joy on the faces of the two love birds. #RichLove2018

Shortly after their honeymoon which they spent in one of the finest resort in Kenya, Richmond returned to the US to make things ready for his wife Lovelyn to come join him. Everything worked out really fine and in no time, Lovelyn was present in the US. Their joy knew no bound as they reveled in the company of each other every day until two months later when it happened.

It was a beautiful Wednesday and just like every other Wednesdays, Richmond kissed his wife goodbye as he left for work. His day was pretty rough but he was happy within him because he knew he was going to be welcomed by the warm embrace and smile of his wife at the end of the day. He just couldn’t wait to get home.

Finally, it was 5 PM, which meant time to run back home to his wife. He got to the house and surprisingly, she did not come to welcome him. She might be sleeping, he thought. Then he walked inside and straight to the bedroom ready to plant a warm kiss on the forehead of his sleeping beauty but surprisingly, the bed was well laid and empty. He went to the bathroom, kitchen, guest room, back to the living room just incase but his Love was nowhere to be found.

“This is unlike her. Perhaps she went to take a walk or probably to the grocery store,” he said. He walked back to the bedroom while he unlocks his phone to call her. Then he saw a note on the bed. How come he didn’t see the note when he walked in earlier? Oh, he wasn’t looking then, all he wanted was to kiss his wife. He dropped his phone and picked up the paper presuming it to be a note from her stating where she went.

“Dear Richmond, I appreciate all that you have done for me and also for bringing me to the United States of America. But you will never see me again as I have gone to be with the love of my life. Do not bother looking for me.….. Lovelyn”

That was the last time Richmond ever saw the love of his life, his wife and online girlfriend of over 2 years. He tried calling her but the number was no longer existing. He later learnt that she moved to California. Apparently, she has always had a boyfriend in the US even before she met Richmond. But due to immigration issues, her boyfriend could not go to Kenya to meet her so she had to look for a means to move to the US to be with him and then Richmond, the answer to her prayers came along.

This is a true life story. How could she have done this to him? Does Richmond (anyone) deserve this? What is the guarantee that she will forever be with her supposedly ‘true love’? What if there is a twist and he leaves her for someone else? So many what-ifs in my mind. Let me know what you think in the comment section.

Disclaimer: This is a true life story, written in my own words and polished based on my imaginations. I also changed the names of the couple and the country. 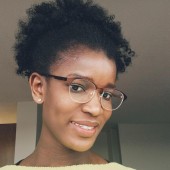 Hello, welcome to my world. I am currently a chemical engineering PhD student. I love doing research and my research is centered on designing novel catalysts that can transform carbon dioxide into useful fuels and chemicals, so as to mainly mitigate the problem of global warming. Outside my research, I love writing stories, sharing personal learnings, taking pictures, and traveling. These are things you will see here on my blog.